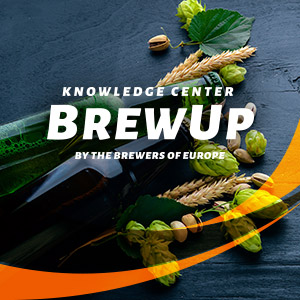 This report contains information from the 2007 / 2008 survey of drinking and driving undertaken by the Worldwide Brewing Alliance (WBA).

The contributions to this report indicate that the overall trend in the statistics is downwards for alcohol-related accidents, casualties and fatalities. In some countries, the rate of decline appears to be slowing; but most show a dramatic long-term decline since the 1980s.Given the differences in legislation (8 different BAC limits are in force in the 53 countries listed), penalties and enforcement levels shown in this report, the common trend is remarkable. The report also highlights the very low risk of being caught in most jurisdictions.

It is clear from the countries where statistics are improving that the most effective policies include a package of measures including stricter enforcement, tougher penalties, educational programmes, mass media campaigns to produce a cultural shift and toughening the process of having a licence reinstated after suspension.

Many countries continue to actively address the issue of alcohol-impaired driving through additional legislation. The clear trend is towards tougher penalties and greater police powers to increase enforcement.

Caution is still needed when attempting to compare the statistics among different countries as the way in which alcohol-related statistics are defined does vary from place to place (see page 30).

It is also important to recognise that many factors contribute to the reduced numbers of casualties and fatalities. They include: increased public awareness; safer vehicles; use of seat-belts and motorcycle helmets; active enforcement of existing laws; and increased personal responsibility.

There is also an increasing number of defined contributing factors for accidents, such as excess speed, fatigue, mobile phone use and drug use; and positive blood alcohol levels may be blamed for an accident which in fact had a number of contributing factors. More research is needed into the causes of these accidents.

Drink-drive education and measures such as “alcolocks” are good examples of effective targeted harm minimisation techniques. Rather than trying to reduce the consumption of all drinkers, or the miles travelled by all drivers, they target just those people who continue to combine the two activities. More initiatives now need to be targeted specifically at the “hard core” of repeat offenders.

The brewing sector worldwide is committed to helping combat alcohol impaired driving and is proud of the part that it has played in increasing public awareness through its many initiatives and campaigns and in decreasing drinking and driving fatalities and injuries. The number of these initiatives aimed at reducing drink-driving, shown in this report, increases each year. Many are undertaken in partnership with the government or local road safety organisations, and this helps to strengthen the message. Additional information about these campaigns can be found in the second edition of “Global Social Responsibility Initiatives” another publication of the WBA.

Increasingly, evaluation of these campaigns is showing their effectiveness in raising public awareness and reducing the number of people driving after drinking. It is clear from this that the brewing sector is an important part of the solution which cannot be overlooked.