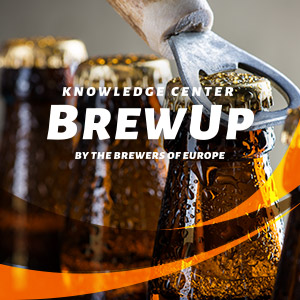 The effects and impacts of climate change are now well understood with a consensus among global scientists that human activity on earth has significantly contributed to the phenomenon. This has led, in turn, to regional and national governments enacting legislation in order to reduce the atmospheric CO2 burden through initiatives such as energy efficiency programmes, development of new technologies, and investment in alternative (non-hydrocarbon) energy sources
The European brewing sector has a long, proud, history of proactive environmental management. These initiatives are not confined to the individual breweries but rather embrace a broader value chain approach extending into the supply chain and distribution networks through which products reach consumers. This engagement covers a range of issues from water management, recycling and reuse of co-products and, in the context of this paper, energy and carbon management.
As in other manufacturing industries, the brewing sector is responsible for a share of global emissions through the combustion of fuels and consumption of energy directly at facility level but also indirectly through its value chain. To this extent it is in our interest to ensure that we take proactive measures to protect value at risk and indeed seek opportunities where we can create value through carbon reduction initiatives.

The carbon footprint has been developed to understand the impact of a given product or facility’s impact on climate change through its value chain activities. Until recently a variety of methodologies have been employed which has led to a measure of confusion over comparability of results. This has largely been addressed through the ongoing process of developing a formal standard which outlines the methodology, scope etc. that is required to undertake such a footprint. The British Standards Institute PAS 2050 is one of the first such standards.
However, despite there being agreement on methodology and scope, there do remain some issues which have the potential to undermine the accuracy of the results, specifically the availability, accuracy and quality of data at various points in the value chain. Additionally, we do not believe it is possible for a carbon footprint to be a static figure due to the fact that a given raw material may be procured through a number of different supply chains in a given year due to circumstances such as: price, availability, contractual terms etc. Despite these limitations, the methodology does provide a good proxy to understand a company’s indicative carbon footprint across the value chain, highlighting potential risk areas and areas that may require further attention.

In light of the issues highlighted above we believe that the use of labels on products displaying carbon footprints, at this point in time, is premature. In addition, there are a number of other factors which we believe do not make a product label a viable proposition, such as:
• there is insufficient consumer education, or user friendly labelling, that will allow educated decisions to be made on product selection based on a carbon footprint value,
• existing and proposed labelling information already provides the consumer with an enormous amount of data to process,
• other issue specific footprints, e.g. water foot printing, are also emerging; which are also being advocated to appear on product labels.

While we do not advocate the use of carbon footprint labelling, carbon footprint data nevertheless gives a valuable indicative idea on energy use/carbon emissions in the value chain and, as such, can provide the brewing industry with data that are useful for internal business planning in terms of highlighting areas with high energy use.
We believe that the use of a carbon footprint label will not be beneficial to the consumer as it highlights only one of many relevant environmental indicators. In addition, as long as there is not a common carbon footprinting methodology, no objective comparison between products is possible.
Overall the brewing industry is committed to playing its part to address the issues of global warming and will endeavour to engage with relevant parties to effect positive change.